A research and design project aimed at understanding homelessness in Providence, RI in order to make a positive impact throughout the community. In collaboration with Liam Van Vleet and Mike Clare. 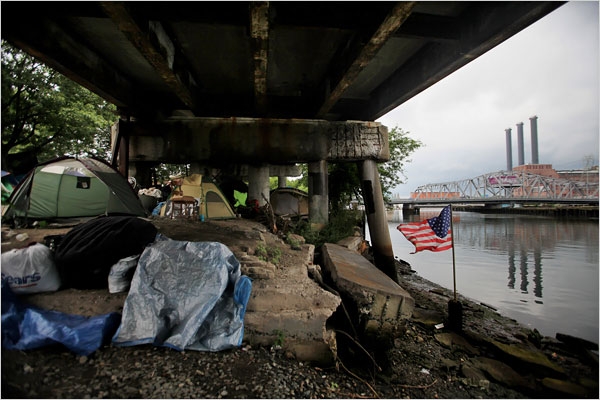 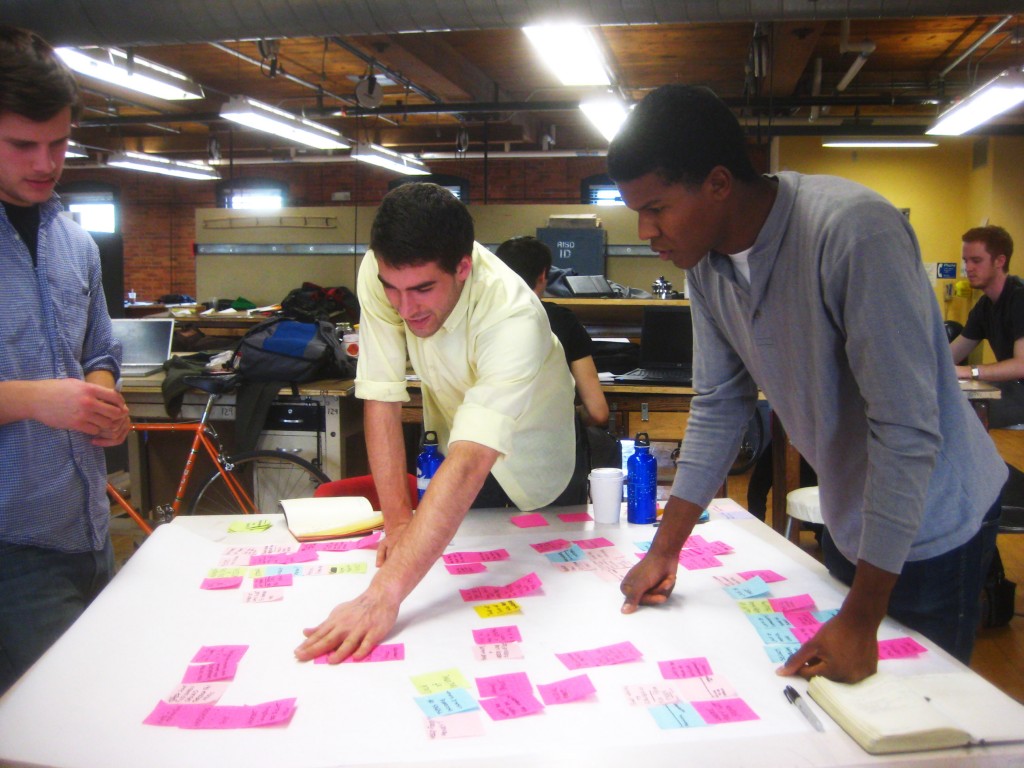 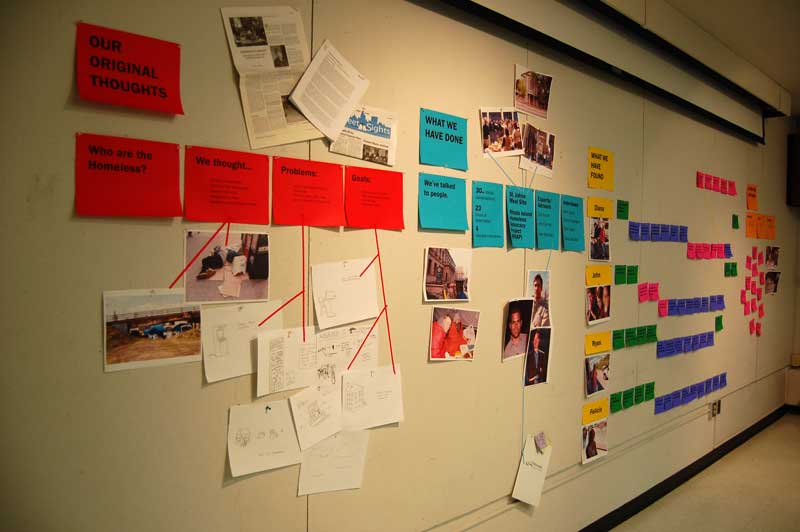 CORE77 INTERVIEW, 2011
WHAT WAS THE CHALLENGE POSED TO YOU? DID IT GET YOU EXCITED & WHY?

The project was driven by a goal to try to understand what homelessness meant to our community. During the fall and winter we watched as a once abandoned bridge that we walked by every day became a refuge for a community of homeless people, slowly growing to about 50 members living in tents. Every day we just walked by and observed. One day an article was written about them in the New York Times which described their organized rules, their strong sense of community, and the way they had been ignored by the city. We read it and realized that even though these people are literally living right next to us, we didn’t know anything about them.

One of the things that made this project exciting and unique was that we didn’t set out to solve a problem. We had our assumptions that these people needed basic things like food, water and shelter, but with such little understanding of what homelessness was, we didn’t feel like we should even enter the project thinking that we were going to solve something.

WHAT POINT OF VIEW DID YOU BRING TO THE CHALLENGE? WAS THERE ANYTHING ADDITIONAL THAT YOU WANTED TO ACHIEVE WITH THIS PROJECT OR BRING TO THIS PROJECT THAT WAS NOT PART OF THE ORIGINAL BRIEF?

When groups address homeless people's problems, they look for ways that they can help them. Instead, we wanted to see what ways they wanted help. We didn’t want to treat the homeless like a charity case, but instead treat them with the respect and consideration that an industrial designer or strategist would treat any other user group. This meant that we set out to understand not only what these people needed, but also what their desires and aspirations were, and what they might to want to use. We recognized that we didn’t want to force anyone into using our concept, and that ultimately, they would have a choice to use our concept or not.

We all had personal goals in this project. Mostly, we wanted to learn. We figured that there weren’t many topics more challenging to approach. It’s difficult to find people who would to talk to us, it’s a difficult subject to talk about; a hugely complex and abstract problem, and how would we choose the right problems to approach? To us, this meant that we would face challenges, but ultimately learn a lot.

WHEN DESIGNING THIS PROJECT, WHOSE INTERESTS DID YOU CONSIDER?

We tried to create a concept that was mutually beneficial for the homeless people of Providence, the housed citizens of Providence, and the city government. We saw that each of these stakeholders was an essential part of a complex system that impacted the success of any program for the homeless. We tried to understand what each of these groups stake was in an effort and why it was that they cared, what their concerns were, and what types of programs they would support.

Our focus however was on the homeless themselves and their point of view, since they were who we were ultimately designing and creating an experience for.

WHAT INFORMED YOUR DESIGN?

We spent much of our time on qualitative field research. Because of the sensitive nature of the topic, we needed to get creative in our methods. There were barriers: How do you identify a homeless person? How do you approach someone to talk about the fact that they are homeless? How do you talk about it respectfully and safely? How do you get them to open up?

We realized that to get really accurate information we needed to invest time into building trust within the community and becoming familiar before interviewing people. We found a full-time student who lives within the homeless community. She introduced us to a number of key people in area who gave us advice on ways in which we could get involved.

We began attending meetings for an advocacy group, run by homeless and formerly homeless people. We attended a weekly soup kitchen where we could work with and serve homeless people. This gave us an opportunity to better understand the community as a whole, hear about the problems they were facing, observe their daily reality, gain trust and in the end make some friends. Over time, these people began to open up.

We were able to have casual conversations to address some of our questions, but when we had to get specific and needed more personal/sensitive information, we conducted formal interviews. We talked to people who were at different extremes and had different experiences in being homeless; people who had been homeless for 7 years and others for two weeks. Some stayed in shelters, on the streets, in the woods, hid at work, and crashed on their parents' couch. Each had a different story of their journey in and out of homelessness.

We supplemented the first person qualitative with research papers and articles. These gave us information about the issues outside of Providence, statistics on how many people are homeless, and what public perspective on homelessness is. We worked with experts and advisors. One advisor was a homelessness expert at the University of Rhode Island who helped us understand the concerns of the stakeholders.

WHAT IS THE SOCIAL VALUE OF YOUR DESIGN? HOW DOES IT EARN ITS KEEP IN THE WORLD?

We feel the social value of our project was that our research helped us and others get a better understanding of homeless people and the challenges that cause homelessness. If someone were to act on our findings, we hope that it would enable them to help individuals avoid becoming homeless, and live better lives.

Our solutions are also paradigm-shifting in that it redefines what it means to help the homeless community. By viewing them as a user group we created insights that consider not only the needs of the homeless but also their desires and aspirations, which lead to solutions that address their needs in a way that allows them to keep their dignity and self respect, something that other shelters, food pantries, and other solutions don’t necessarily consider.

IF YOU COULD HAVE DONE ONE THING DIFFERENTLY WITH THE PROJECT, WHAT WOULD YOU HAVE CHANGED?

As with all projects, time is the enemy. If we had more of it, we would have liked to have gotten feedback on our concepts from all stakeholders and then revised accordingly. What we had created was the first step towards a final concept that embodied our strategy and learning.

If we could have had our way, we would have loved to continue the project by testing our concepts and refining the idea to a point at which we could have built a business rationale and a strategy for handing off the concept to someone who could implement it.